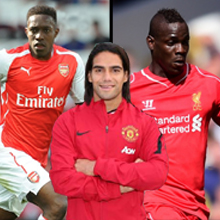 Falcao and Welbeck make their debuts this week, whilst Liverpool are left to rely on Balotelli to take over the scoring responsibilities after Sturridge was injured on England duty.  Will any manage to be as good as Costa?

Before his knee injury he was simply the best striker around – clinically smashing the ball in from all over the pitch.  Falcao can do the spectacular as well as the mundane (and he does the mundane very well, thanks very much!) but the question is whether he can hit the ground running in the English Premiership.  After a number of accomplished performances in the Champions League against Chelsea, we can be sure that he has the quality, but having only just returned from injury, we don’t know whether he has the fitness levels to cope with being hassled consistently for a full 90 minutes.

The interesting question for United fans is who LVG leaves out for the Colombian – RVP was his captain for the Netherlands, but Wayne Rooney is his United captain.  Or do they simply start with all three and simply hope to score more than the opposition as their weak defence wobbles through without the extra man in midfield to protect them?

The funny thing about the transfer of Danny Welbeck to Arsenal is that only two seasons ago he was getting praised left, right and centre for his performance against Real Madrid, when the Reds were unlucky to go out.  Everybody had a bad season under Moyes, strikers included, but it seems like poor Danny and Chicharito became the scapegoats, whilst Rooney & RVP live to fight another day.

Had United sold him at the end of that season, they would have got much closer to his genuine value, which you would assume is closer to the £25 – 30m mark, but wanting to sell on transfer deadline day obviously has some impact – almost £10m impact in fact, and they were also so desperate to sell that they sold him to one of their rivals?!

Welbeck is a striker in the Henry mould, with intelligence, pace to burn, and a good finish – under the tutelage of Arsene Wenger I expect him to do very well indeed.  Given he’s only 23, already a cert for England, and surrounded by other brilliant young English players, this could be the start of the renaissance for both Arsenal and England.  Rooney had better watch out…!

He may have played last week (and it was a good performance by all accounts) but this week the pressure is really on Super Mario – with Sturridge out and Suarez gone someone else needs to step up and score the goals.  He had three reasonable chances against Spurs but was almost trying too hard – something that might have changed had he been allowed to take the penalty that Stevie G calmly despatched.

He did a good job of bullying the defenders, and should have an easier ride of it this week against Aston Villa, so it is only a matter of time.  The important thing last week was that he worked hard, kept his head down, and created chances – all of which he did with aplomb.  The goals will follow, make no mistake.

The big question is whether any of them can match Diego Costa – the Drogba-esque beast that is currently burning up the top scorer table with 4 goals in three games, including the first goal each time! Costa was chased by Liverpool last season, and nearly signed him, but they didn’t have the Champions League football that might have tipped the transfer in their favour.

He seems to have everything that Torres didn’t – speed, strength, passion, and most importantly goals.  He’ll be a massive factor in Chelsea winning the league, which I am quite sure they will do.  How close everyone else gets depends on how well the other guys do… 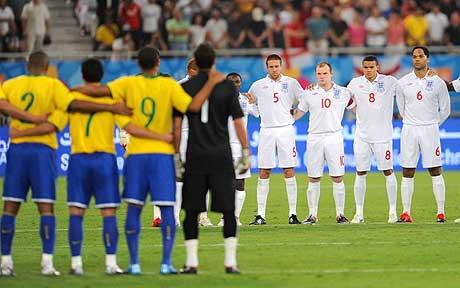 Alan Shearer: Marcus Rashford will never be a striker at Manchester United