With so many genuine contenders, the market is wide open for punters to try and make some serious returns on their investments. While the likes of Chelsea, Manchester City, Manchester United, Arsenal and Liverpool are all vying for this year’s Premier League title, it remains to be seen whether the league’s leading scorer will come from any of those clubs. Luis Suarez topped the goal-scoring charts last season with 31 league goals, but the Uruguayan striker’s departure to Barcelona has opened up the market this season.

One of the most intriguing Betfair markets to bet on in the Premier League is the top goalscorer one.

Heading into the season as favourite to finish top scorer, Robin van Persie will know that his goals could have a massive say as to how Manchester United’s season goes this year. Last season’s dismal seventh place finish will have given many in this United squad a huge wake-up call and, if not, the arrival of Louis van Gaal as manager will have done. On the back of an injury-disrupted season in which he managed just 12 league goals, United fans clearly feel the Netherlands forward will prove his class this season.

Like van Persie, Sergio Aguero is another striker coming off the back of an injury-hit season. After a phenomenal first half of the season, the Manchester City side began to struggle with injuries during the second half of the year. Despite his fitness problems, Aguero still finished the Premier League season with 17 goals to his name. The 26-year old was clearly carrying a problem at the World Cup in Brazil, and City fans will be desperately hoping the Argentina international can get himself injury-free for an important season.

Probably the most high-profile transfer of the summer in the Premier League, Diego Costa’s £32million move from Atletico Madrid to Chelsea showed just how seriously the club are taking this season. Fresh from a sensational season in which he scored 27 La Liga goals to help Atletico to a surprise title, Costa has now been tasked with scoring the goals that could help Chelsea reclaim the Premier League title from Manchester City this year. An all-round striker, Costa seems to have everything needed to score a lot of goals in this league and Mourinho will be hoping he has signed the striker he really needed in last year’s title race.

Daniel Sturridge may have finished with 21 Premier League goals last season but the England striker probably played a part in a large number of strike-partner Luis Suarez’s 31 goals. The Liverpool forward really stamped his mark on the Premier League last season, forming one of world football’s most prolific strike-partnerships alongside Suarez. With the Uruguayan now at Barcelona, it’ll be interesting to see how Sturridge gets on this season with the new strikers at the club. 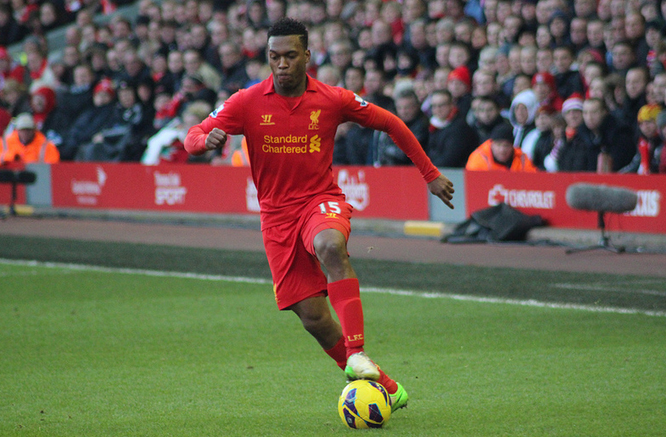 With many punters tipping Robin van Persie to finish as Manchester United’s top scorer this season, Wayne Rooney could be a great bet this year. With 17 league goals to his name last year, the England striker has plenty to prove this season after another disappointing World Cup campaign. Carrying the massive weight of national expectation on his shoulders, Rooney was singled out by many for England’s failings in Brazil and will be looking to remind everyone what he is capable of.

After crying out for a world-class forward for much of the past few years, Arsenal fans were rewarded in the summer when Arsene Wenger went out and signed Alexis Sanchez from Barcelona. The attacker was one of the stars of the World Cup in Brazil, playing a key part in a Chile side that were one of the tournament’s best teams. The 25-year old may not be the classic goalscoring striker, but the Chilean certainly has the tools to score goals in the Premier League. A lack of goals ended up costing the Gunners in their title bid last season and Wenger will be hoping Sanchez makes the difference this year.

Despite spending much of last season playing a bit-part role, Edin Dzeko still managed to finish the season with 16 league goals under his belt. The Bosnian striker will be hoping to be a bigger part of Manuel Pellegrini’s plans this season as City look to defend their Premier League crown. Dzeko has long been linked with a move away from the Etihad, but City are rightly apprehensive about losing such a proven goalscorer, especially if it means selling him to a Premier League or Champions League rival. Having a group of strikers who can all score goals will be key to City’s hopes of retaining their Premier League crown.

There were more than a few eyebrows raised when Chelsea loaned out Romelu Lukaku to Everton last season, and even more when Jose Mourinho decided to sell the Belgium international this summer. After scoring 15 goals on loan at Goodison Park last season, Everton smashed their transfer record in order to sign Lukaku on a permanent deal this summer. With his future now clear, there is an argument that Lukaku could be even more prolific this season, and Everton fans will be rightly thinking a Champions League place isn’t beyond them this season. As for Lukaku, finishing as the league’s top scorer is definitely something that will be on the youngster’s mind.

In his first season in the Premier League, Wilfried Bony was one of last season’s surprise packages, finishing with 16 league goals to his name and proving himself to be one of the most clinical finishers in the division. After a relatively successful World Cup for the Ivory Coast, Bony has been linked with a string of clubs this summer. Unsurprisingly, Swansea have been unwilling to even enter discussions to sell their prized asset, and the Welsh club will now be hoping the striker can help guide the Swans into Europe this season.