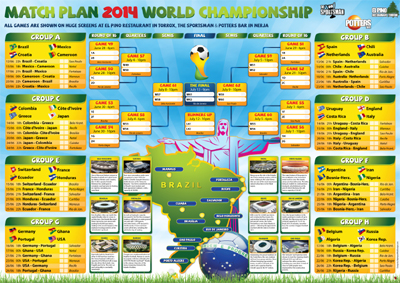 I’ve come up with a list of 6 things that you should have done already – the World Cup starts tomorrow, dammit!

1. Hung your World Cup Wallchart
At the very least you should have a large A3 poster (ideally bigger) which lets you know who, when and where each team is playing.  Having analysed it, you should also know which is the only game that kicks off at 2 in the morning, and what days you’ll be likely to be in late for world if England finish as the runners up in ther group, etc.  My wife has banned me from having flags around the house (though we’ll see about that as the tournament progresses!) but I am allowed my A2 wall-chart!

It’s also handy for her to try and work out the dinner schedule around the various matches (probably sounds sexist but it’s true!), though there is an added complication in that the times on the Wall Chart my brother sent to me are actually in Australian, and not UK times!

2. Got your Caxirola
Mine arrived in the post yesterday and makes just the right amount of noise to piss off everyone else in the room, whilst you’re quite happy timelessly shaking what you think is some kind of Bossa Nova.  Perfect!

3. Bought yourself a new TV
According to all the adverts, this is something you should have done. The Curry’s PC World ad was actually vaguely amusing… Because watching England lose in HD is obviously better than just on a normal TV!

4. Stuck a cheeky outright bet on
This is your chance to prove you’re a football GOD to all your mates. The trick is to stick a bet on, and then stick it all over facebook and twitter – this way everyone knows exactly who you have bet on, and as the tournament draws to its final stages, they will all know who you said would win (and secretly hope they lose). Betting on Brazil isn’t particularly inspired, and you’ll probably get more kudos if you manage to back one of the dark-horses that do well – and even if they only get to the semi’s you can then still say with pride that you knew ‘Belgium had a few good games in them, and they were unlucky to lose to Lionel Messi’, whilst your friends nod with sympathy. Which brings us to…

5. Bought a Ghana shirt
I admit I’ve only bought one because I’m happy to support anyone but the USA, though the fact that I’ll be in Rio watching the Ghana-USA match on the big screen at Copacobana beach has given me that extra nudge. I’m already looking forward to answering the questions from perplexed Americans ‘So, like, you’re from England… Why are you supporting Ghana then?’ Lol. 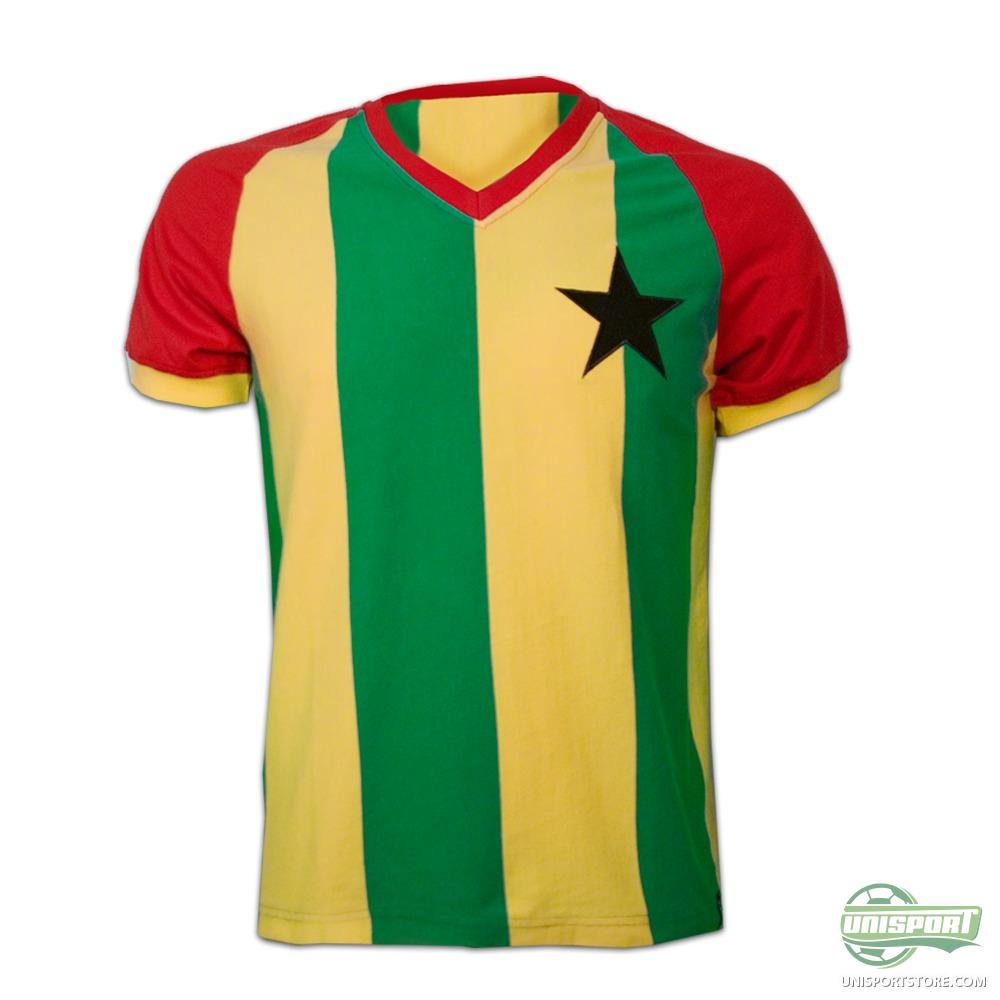 6. Got the beers in
With matches kicking off after work, and some nights giving us upto 6 hours of unadulterated football pleasure, there has never been a better time to sit back, crack open a beer, and get encapsulated by the game! The one proviso is that it’s not any of that weak Budweiser rubbish – 1. because it’s not real beer, and 2. because they are the official beer of FIFA, and anyone who supports Sepp Blatter has to be bad, right?