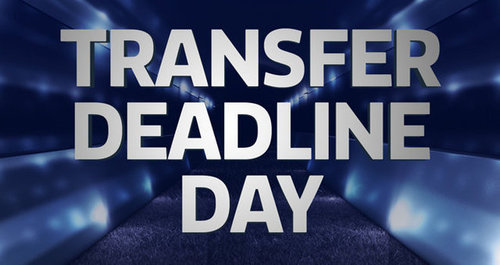 And so it all boils down to this frenetic period of 18 hours for clubs to make their final changes for the first-half of the season.

By now, many club’s fans’ hopes and dreams of promotion / glory are already in tatters, but the Transfer Window offers one last glimmer that maybe, just maybe, if the clubs manage to find the right player…

One thing we can be thankful of is that the widnow actually closes (well, ‘slams shut’ as the terminology seems to go!) at 6 o clock tonight – saving everyone across the UK, and maybe even the world, the restless few hours sleep because they wanted to stay up until after midnight to check whether that big-money transfer actually went through.

Over the years there have been all sorts of late calls, mainly because the FA presumably insist on only using one fax machine for all 92 clubs, with plenty going on past midnight, and only actually verified long after the full-time whistle has blown. I always thought this was a bit rude (though in general it was big clubs who managed to force theese transfers through, late in spite of having had 4 months to complete them, so I was generally feeling a bit mean!)

Spare a thought for David De Gea though – he thought the transfer of his dreams was going to take place – a move to the biggest club in the world, back in his hometown, and with genuine Champions League ambitions. All thwarted because Edward Woodward failed to get the fax machine working in time, and the all important paperwork was only received at minutes past midnight, which is minutes too late in the far-more-stringent La Liga HQ.

Admittedly it’s no such a bad life for him – he’s still living in a mansion, playing footy with his mates, at possibly the second biggest club in the world, getting paid a fortune, and set for a massive £12m kick-back when he signs for Real Madrid on a free next May – but still…!

The reprieve means that anyone who wants to see him play one last time can go buy a match ticket – with Romero in such shocking form you can be sure that DDG will go straight back into the first team!